Have you ever heard a banging noise coming from your water pipes when the water is turned off quickly?  It usually sounds like the pipes are banging on something inside the walls... and that's exactly what's happening.  When the flow of water is turned off very quickly, a small shockwave is created inside the pipe, which can cause the pipe to shake, and often bang on the wall studs or floor joists.

I recently replaced the water tubing running to my kitchen sink as part of an experiment to get hot water faster at my kitchen sink.  Before I secured the new tubing in place, I tested out the water line to make sure I was happy with the results, and found I had created perfect conditions for a banging pipe.

That pipe banging on the wood was happening just from turning the hot water on and off at the kitchen sink.  How many times do you suppose that pipe will bang on the floor joists before something gives way and the pipe starts leaking?  I don't intend to find out.  Just watching that video makes my skin crawl.

This banging is referred to as 'water hammer', and as you might imagine, it can lead to damage at the water lines. 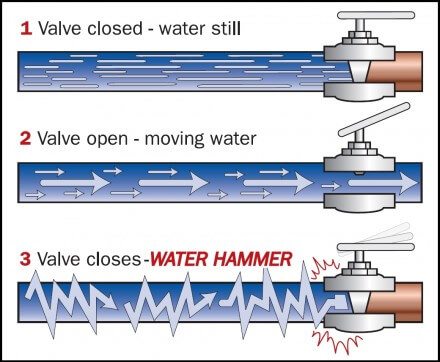 In all building supply systems in which devices or appurtenances are installed which cause noises due to water hammer, protective devices or approved mechanical shock absorbers shall be installed as close as possible to the quick-acting valve causing the water hammer. Where mechanical devices are used the manufacturer's specifications shall be followed as to location and method of installation. 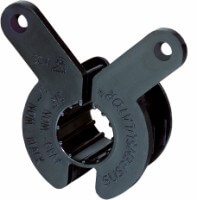 Shock absorbers are more commonly referred to as 'water hammer arresters'.   Water hammer arresters can help to prevent water hammer in homes where the water pipes aren't accessible.  In many older houses in Saint Paul, you'll find a huge galvanized pipe installed vertically, right next to the water meter in the basement.  This was a primitive shock absorber, which was supposed to help prevent water hammer because the riser created an air chamber in the pipe which would compress when there was a shockwave.   The idea was that this pipe would help prevent water hammer throughout the entire house.  In reality, these weren't effective.  The shockwave started right at the fast closing fixture, and affected everything in it's wake. 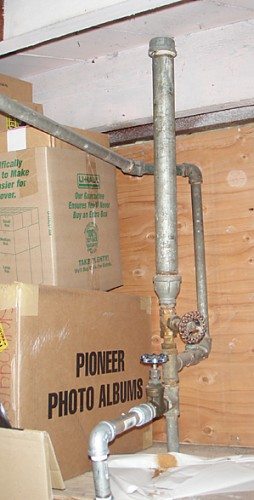 Because the shockwave that creates water hammer gets created right at the quick-closing valve, a much better location for a shock absorber is right at the faucet or valve.  The photo below shows a couple of early edition shock absorbers installed just above the washing machine connectors. 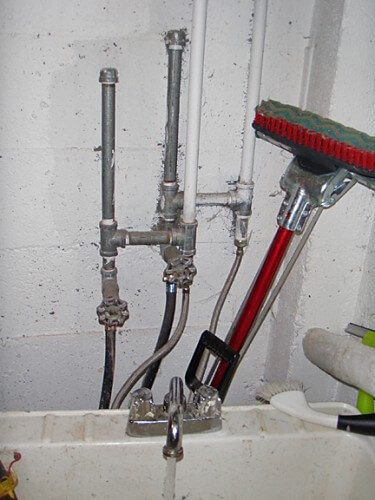 These early-edition water hammer arresters worked fine until all of the air was absorbed in to the water... which might take as little as a few weeks.  After the air is absorbed in to the water, these 'air chambers' become waterlogged and useless.  The animation below shows what would happen to these early-edition water hammer arresters over time.

The simple solution is to install a manufactured water hammer arrester; a small sealed air chamber that's designed to prevent water hammer.  The animation below shows how they work.

If you need water hammer arresters to help prevent banging pipes at your washing machine, you can buy a pair of them for under $25 at Amazon, and they don't require any special tools or knowledge to install.